Inspired from a Tamil movie titled as “Polladhavan“, this Hindi version has been released recently on 28th February 2020.

About the Movie Guns of Banaras

It is a simple story of how a simple happy go lucky boy gets trapped in a game of vengeance and power with the underworld. As in this story, the hero is unemployed at first and then a feud with his father compelled him to get a job. So after the feud, his father brings him a bike. But his happiness did not last for long and the bike got lost.

On the process to retrieve his lost bike, he gets involved in underworld boss. So here starts the power game of Brijesh Singh- an underworld don with the male protagonist. Thus in the end, there exists a mega-fight scene between the hero and antagonist. 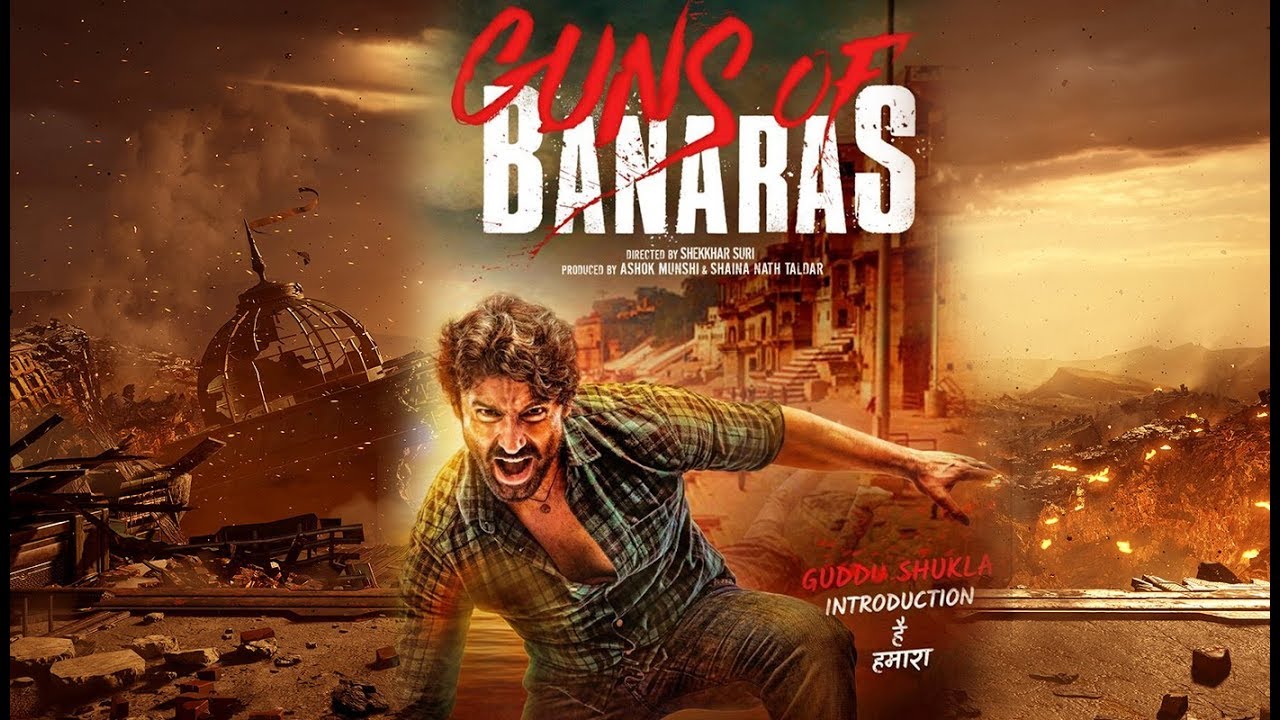 And the trailer is full of action scenes with no understanding of the story. Even we have to search the story in this movie. There is no concept and simply fight scenes to complete the movie.

It was only fights and fights the whole movie. Sometimes one or two comic timings and romance scenes bring a flow of fresh air in this stagnant movie. So there is not much scope for the success of this movie. As the concept of the starting and ending of the fight is the stealing of a bike.  But the acting skills of all the actors are highly appreciated. Though the story and screenplay are shabby greys the songs in the middle are a relief.

So if someone is interested to see different fight moves and stunt scenes then this is the best movie after a decade.  But the audience will find the lack of story in this movie. As a bike stealing leads to getting trapped in mafia world seems to be so real to be true.

Casts of Guns of Banaras

The casts include Karan Nath as the male protagonist. So he will be the happy go, lucky boy. Then there is Nathalia Kaur as his love interest. Also, there is Abhimanyu Singh and Ganesh Venkatraman playing the antagonists or underworld don. And there are Shilpa Shirodkar, Zarina Wahab and Mohan Agashe as supporting actors.

The verdict of Guns of Banaras

Mostly it will be the same dishoom dishoom scenes with no emotional or practical concepts. Highly energetic fight scenes filled the movie scenes. So I would rate the movie mostly on the acting skills of the characters. As the performance of each and every person in cast and crew has done a tedious job, it will be staying in the box office for less than 2 months.